Transponder Keys and their Problems and How Aurora Colorado Locksmith Can help? 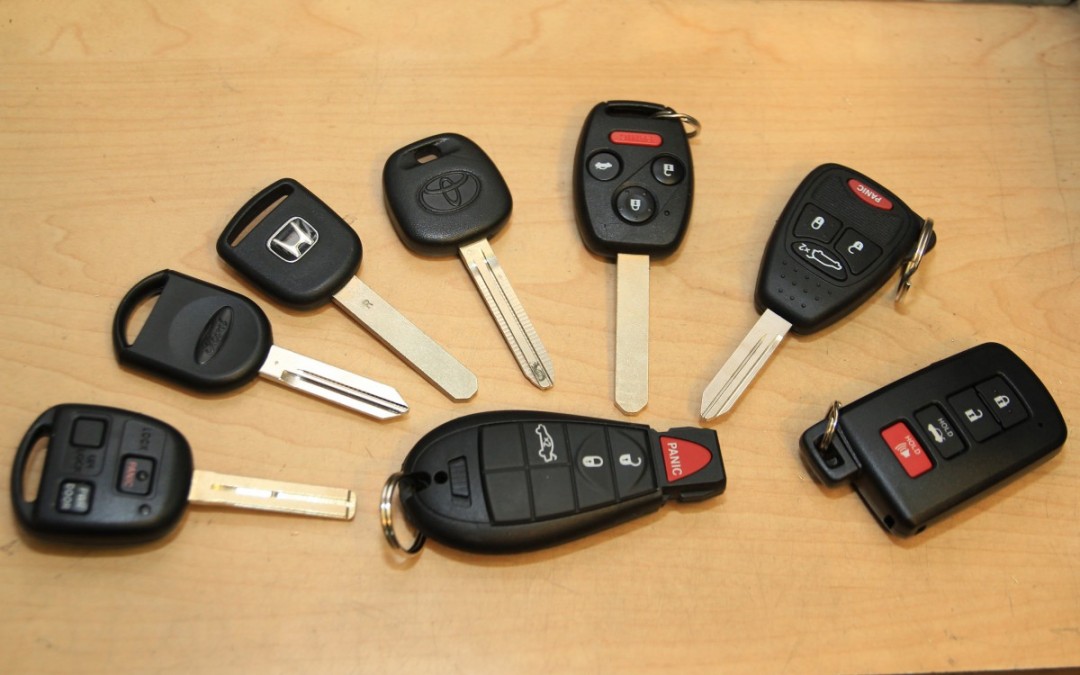 Transponder keys are responsible for a dramatic drop in auto theft everywhere they are used. Surprisingly, many people aren’t quite sure what a transponder key really is, or they have some vague idea but are not quite sure how they actually work. Even less known is that once in a while transponder keys can have problems, and not work as they should. This is why our Aurora Colorado Locksmith experts have made this post; hopefully, it will help you understand the value of your transponder keys and how to deal with any issues that may arise with them.

Let’s start with the basics!

A transponder is a word that means “to transmit” and this is exactly what your transponder key does; transmit a signal. This signal is sent from your key directly to your car’s computer. If that signal is recognized, your car starts. If not, it won’t. Can you see how this can drastically reduce car theft? The transponder key system works and works well. In fact, it’s been in use since the early 1990’s and with no signs of slowing down due to its effectiveness. You might be wondering what happens if someone makes a copy of your transponder key; won’t it make your car start for them, too? Here’s where the proverbial “catch” is. Transponder keys are hard to duplicate and program. This process is also very expensive and usually only done by car dealerships with automaker authorization. Needless to say, these dealers will not make key copies for just anyone; you actually have been the designated owner of the car first! So what does a locksmith have to do with any of this? Keep reading; we are getting to that!

Transponder keys work the same no matter what make or model of vehicle you drive. You can be here in Aurora, CO or in Denmark, the process is uniform. The transponder key has a metal blade with grooves and niches cut into it, much like a regular key. It also has a rounded or rectangular head to be used for turning. The difference is that your transponder key also has a programmable chip embedded in the key head. This chip is what sends the signal to your car’s computer. Let’s put this all together now. In order for your chip to send any signal at all, it must first be embedded in your key AND also programmed to match your vehicle’s computer. This process is where the expertise and expense come into play, making it harder for thieves to make a quick copy and then drive off in your car.

They sound wonderful, but…

You may be thinking, “So what’s the problem?” We are coming to that! Transponder keys can break, become lost, get stuck, lose their chip, become worn; you name it! Whether you are here in Aurora, CO or elsewhere, it pays to know what to do in any of these events. Like anything else, knowledge is power so keep reading to see how best to deal with transponder key problems if they happen to you!

Car keys get stuck; that’s a fact of life. This, of course, includes transponder keys. The make or model does not matter; a Mercedes coupe key can stick as easily as one from a Kia sedan. Just remember to remain calm when it happens. It’s hard to; after all, your key is stuck so how are you going to lock the door or open your trunk? It’s important to not try and force your key to come out. You run the danger of key breakage by doing this. Simply jiggle the steering wheel back and forth a few times and see if this releases it. You can also check your gear and see if you are in the PARK position. You can’t be almost in PARK, you must be IN the right gear or sometimes the ignition locks up and holds your key in the process. It is actually a safety factor so that your key doesn’t come out while you are zipping down the freeway, so this feature is there for your own good.

Just because they have a computer chip inside of them doesn’t mean that you have a SUPER KEY that never breaks, or becomes damaged. Here at our Aurora Colorado locksmith lock we often hear about keys being used to open bottles, cans, and boxes just because they have a handle to hold and a metallic, bladed point that can be used to cut, puncture or slash! Keys should be used for just that and not as a Boy Scout tool that can “do it all.” You can’t always avoid key breakage but you can cut down on its rate of occurrence by taking better care of the ones you have.

Your transponder chip can indeed fall out. Usually, this happens when the key is dropped or thrown about forcefully. It can be hard to notice that your tiny transponder chip is now lying on the ground unless you are specifically looking for it. Instead, most people simply bend over and pick up their dropped keys and go about their business. By the time they notice that the car won’t start, it’s too late and either they can’t remember where they dropped the key, or the chip is now long gone. Please, not that a transponder key without the computer chip can still open car doors and the trunk; it just can’t start the ignition.

If you lose things easily, it may be time to acquire a new habit; putting items in the right place each time you use them. Instead of just tossing your car keys on the table or dresser when you come home, put them in a place designated just for them. It might be on a hook, in a drawer, or in a small container on your nightstand. Do this enough times and you’ll always know just where your transponder keys are at the moment.